BC Wolves has signed a player from The Philippines – Juan Gómez de Liaño (Juan GDL). A 22-year-old guard, who signed a deal until the end of the season, is the first-ever Filipino basketball player to play in Europe and the Lithuanian Basketball League (Betsafe-LKL).

Gómez de Liaño played for the University of the Philippines Fighting Maroons of the UAAP during his college career. His rookie season was in 2017 in which he won Rookie of the Year. Later he won many other titles, such as the MVP award at the junior level or the Playmaker of the Season.

His amateur career began when a 180-cm-height player joined the Marinero Pilipino team and represented various teams at 3x3 tournaments. Eventually, he was called up for the Philippines national team.

Juan GDL's debut on the national team was successful: on average, Juan scored 12 points, made three assists, and had 47 percent accuracy in the Asian championship. As a result, Gómez de Liaño is considered one of the most promising rising basketball stars in the Philippines.

Last season, Juan GDL decided to join Earth Friends Tokyo Z club in Japan's B2 league. Unfortunately, the player did not make the impact he was going to on the team due to injuries. He was scoring 5,3 points and making 2,5 assists per game on average.

As a result, Gómez de Liaño has moved to Indonesia, where he completed the season at CLS Knights club in the ASEAN basketball league. He returned to the Marinerong Pilipino team last summer and was invited to represent the Philippines national team again.

"We aim to grow our fan community abroad, and we hope Juan will help us achieve that. Filipinos love basketball, the same as we do here in Lithuania. Juan is a young, ambitious, and very talented player. He is motivated to learn and improve. We hope to be a good place for him to grow as a player, and he will use this chance", – says Rimantas Kaukenas, the President of BC Wolves.

Juan GDL plays in the point guard and shooting guard positions. He is the third of six siblings; five are into basketball. Juan holds a dual nationality: Filipino and Spanish. 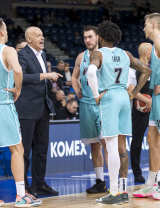 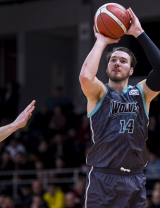 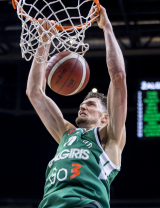 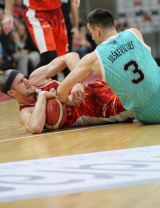 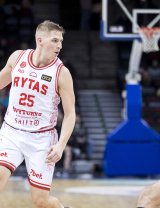 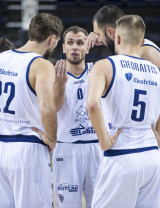 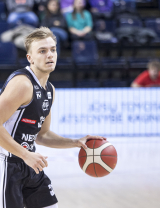